The band always plays as a 5-piece Ceilidh band plus a caller from amongst our ranks. We serve the whole of Kent as a truly Kent based Ceilidh Band, whose members both work and live within the boundaries of Kent.

Each member has been playing for Barn Dances and Ceilidh in excess of 10 years and have thus developed superb musical skills along with a truly ‘fun’ element to the calling. Every dance is walked through carefully to cater for both the novice and the experienced dancers alike. 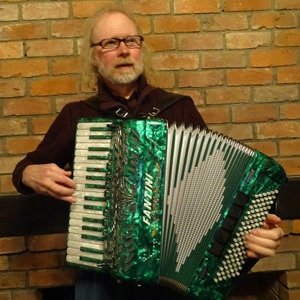 Chris has been playing the accordion since the age of three! He formed the Red River Band which is still going strong in the London area and with Alan he founded three other bands in the Kent area.

He plays midi accordion, piano, banjo and bodhran. He both arranges and composes his own music in the Celtic style. 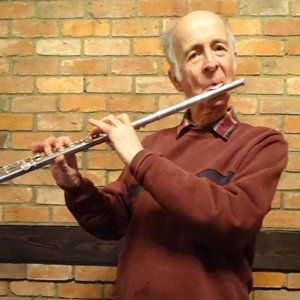 Alan played in various bands in the West Country prior to moving to Kent. Together with Chris he was a founding member of three other bands in the Kent area. As well as playing with Rejigged he also plays in a duo with Sue.

His main instrument is the flute but the tenor sax does make the occasional guest appearance. Alan has played at a number of well-known festivals including Sidmouth, Eastbourne and Broadstairs. 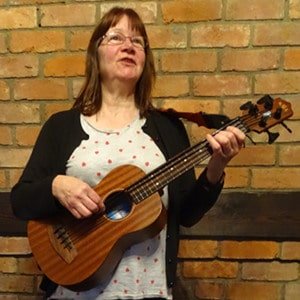 Sue taught herself to play guitar in her twenties and has developed her own style of strumming and fingerpicking. To widen her knowledge of music she had piano and keyboard lessons for a few years.

Sue joined in with her brothers’ band, On the Brew, playing rhythm guitar. She later joined the Deal Hoodeners when she took up playing the mandolin. Sue was also a member of folk band Driftwood playing mandolin, guitar and stomp box. She has played with various other bands, including Spinning Jenny's who specialise in Victorian & Edwardian music halls songs and songs from the First World War. Sue plays in a duo with Alan, and also performs solo. Her main instruments are guitar and mandolin, but Sue also dabbles with a few other instruments. 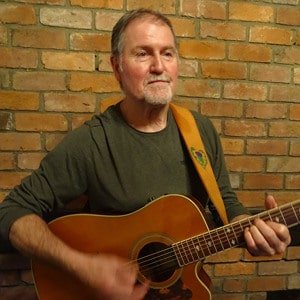 Jim is a talented guitarist and singer. His origins are in Scotland which is obvious when you hear his rich, clear vocals. He has had a long and varied career in music, entertaining people as a solo artist and with various bands.

He has played at festivals and venues both at home and abroad. His roots are clearly in Folk Music but he enjoys all types of music from Blues to 60’s and of course playing music for Barn dances and Ceilidhs. 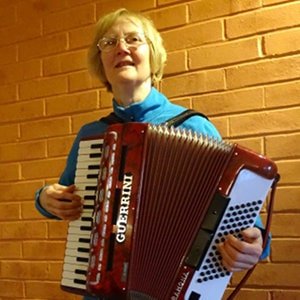 Philippa decided to learn the accordion while attending the Sidmouth Folk Festival in the 1980’s. She bought a small accordion with only a few keys and buttons. She used to sit on a bench by the sea and other musicians would join her to play easy tunes.

Soon she progressed to a larger accordion and formed a band called ‘Shepherds’ Needle’ in Bristol for Barn Dances. Now in Canterbury she plays first accordion with Rejigged Ceilidh Band where she enjoys seeing the dancers having fun dancing to live music. 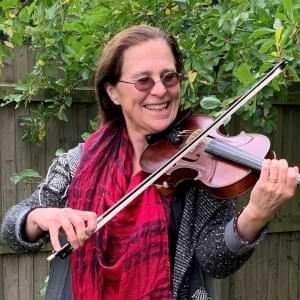 Clare has had a mixture of folk and classical training from the age of 7, through folk camps and youth orchestras. She is a qualified freelance music teacher.

She has enjoyed playing with several orchestras, string quartets and folk bands performing in London and around the UK, Europe, India and Canada. She delights in playing, singing, calling and dancing with folk groups and Morris sides and jamming in the pub.